me…
Firstly, thanks to everyone for their supportive cyber-shoulders-to-rant-on. I won’t apologise for the fact that at times, my life resembles a rather creepy, sadistic exercise wheel.
I’m the Rat in that wheel; little legs going a million miles an hour…
Then one day I realise, “oh crap, I’ve seen that before…..and that….and that!!!!”
what the…..?
STOP please….
(yes, I’m a sucker for the extended metaphor, if you haven’t already guessed that)

The exercise wheel, however, continues to roll, but I’ve discovered newer items. Suffice to say, things are moving forward and I’ve stopped rattling so many cages. I think they have the message! YAY!!

And to that well-meaning mother, oh dear, in a rather patronising fashion (pat-pat on the arm and everything!!) suggested I just accept Rainer the way he is and forget about all this intervention. Perhaps it’s not worth the obvious stress it’s putting on my marriage (huh??).

So, I make her feel pain the way she just did. And there’s only one way to counter such a simplistic point – argue with one much more simplistic >>>

Perhaps those women who cannot conceive a child naturally should just accept things the way they are and not investigate other forms of insemination. If you can’t conceive, there’s probably a really good reason for that!

Yeah!! Back at ya sister!!! (no, I don’t really feel that way. Just wanted to make her squirm….I can be really nasty sometimes) 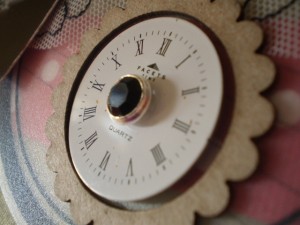 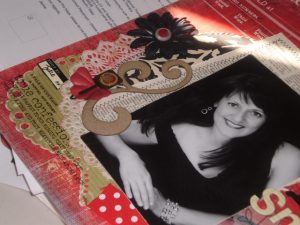 We’re over the half-way mark, so get your entries in.

etc….
Here are my layouts for Craft Queen. 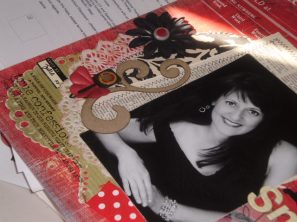 I have another lovely parcel from Nicole which I promise to attack every night this week. I have my new Snapfish order and am ready to RAWK!!!!

Bon’s has had a facelift!!! Not the actual Bon, the forum – Bon’s … lol. It’s “very” Bon and I discovered the cool “print” function so you can print the challenges instead of doing
the ol’ copy/paste…woohoo.

Had a lovely time at Inkredible last night, making a couple of cool Christmas Cards but my eyes were bugging out of my head. I’ve had a Mal-nap today and I’m off to Blossie’s tomorrow for another dose of Ngaire-ness. I got an unexpected leave pass!!