I think it might be time to do it. I’ve been avoiding it for the last 2 or so years.

Funnily we haven’t come out and said to Mackinley, “Your brother has Autism.” I had seriously over-estimated my ability to work around it, and Mackinley’s willingness to co-operate in my “therapy-disguised-as-play” sessions.

Although we’ve seen great progress in both boys over the holidays, I really think the constant, “What’s wrong with him?”, “I don’t have a brother!” and the best one, “Why can a 2 year old speak better than Rainer who’s 4??”. It’s just wearing me down to a point of no return. Not only that, but other kids have started saying that Rainer has Autism, and I know that Mackinley will hear and question, so it has to be said.

Some people disagree with it, but for me and some others, if the Devil has a name then you can deal with it better. In this case, we need to explain this condition to Mackinley and emphasise that Rainer WILL GET BETTER, but it’ll involve constant management. I’m scared as hell because if I don’t do it right I’ll have a very pissed off 7 year old to deal with! I’ll be contacting AQ and AEIOU this week for some helpful hints.

Australia Day Grand BBQ today. Watts over again (same as last year), backyard cricket (same as last year), chooks trying to avoid the balls (something new). I’ll need to make more of an effort with decorations for the kids next year. It’s starting to get a bit ho-hum … I even fell asleep today watching a DVD with Rainer!! Great day but Watt kids and Rainer to school tomorrow …. YAHOO!!

And very little FINISHED scrapping. Lots of bits here and there and experimenting with colours, shapes, textures and generally torturing ribbon, flowers, chipboard – it’s been fun!!

Here’s what’s FINISHED….
123 entry for January and some mucking around for one of my Feb classes at Inkredible. I think I’ll frame this one. 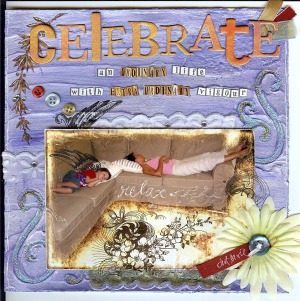 and for the CC at Forever Always “Do you See” – trying out some cool colour combos and painted backgrounds and altering photos. I do love teal cardstock!! 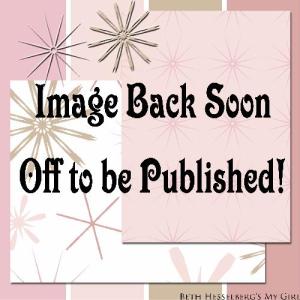